What is sleep apnea?

Sleep apnea is a sleep disorder which involves the stopping and starting of breathing during sleep. Having sleep apnea means you are not getting enough oxygen when sleeping.

The different types of sleep apnea can be attributed to different causes. In the case of obstructive sleep apnea, the muscles at the back of the throat relax, leading to the airways narrowing when you breathe in. Because you aren't getting enough air, your oxygen levels are lowered and your brain awakens you from sleep so that your airway can re-open.

Central sleep apnea - which is less common than obstructive sleep apnea - happens when the breathing muscles do not receive a signal from the brain. This can lead to interrupted sleep and shortness of breath when you wake up.

There are certain risk factors linked to sleep apnea, such as; being overweight, as fat deposits can obstruct the upper airway; having a thick neck; being male; being an older adult; being a smoker; drinking alcohol; using tranquilisers or sedatives; suffering from nasal congestion; and having a family history of sleep apnea. 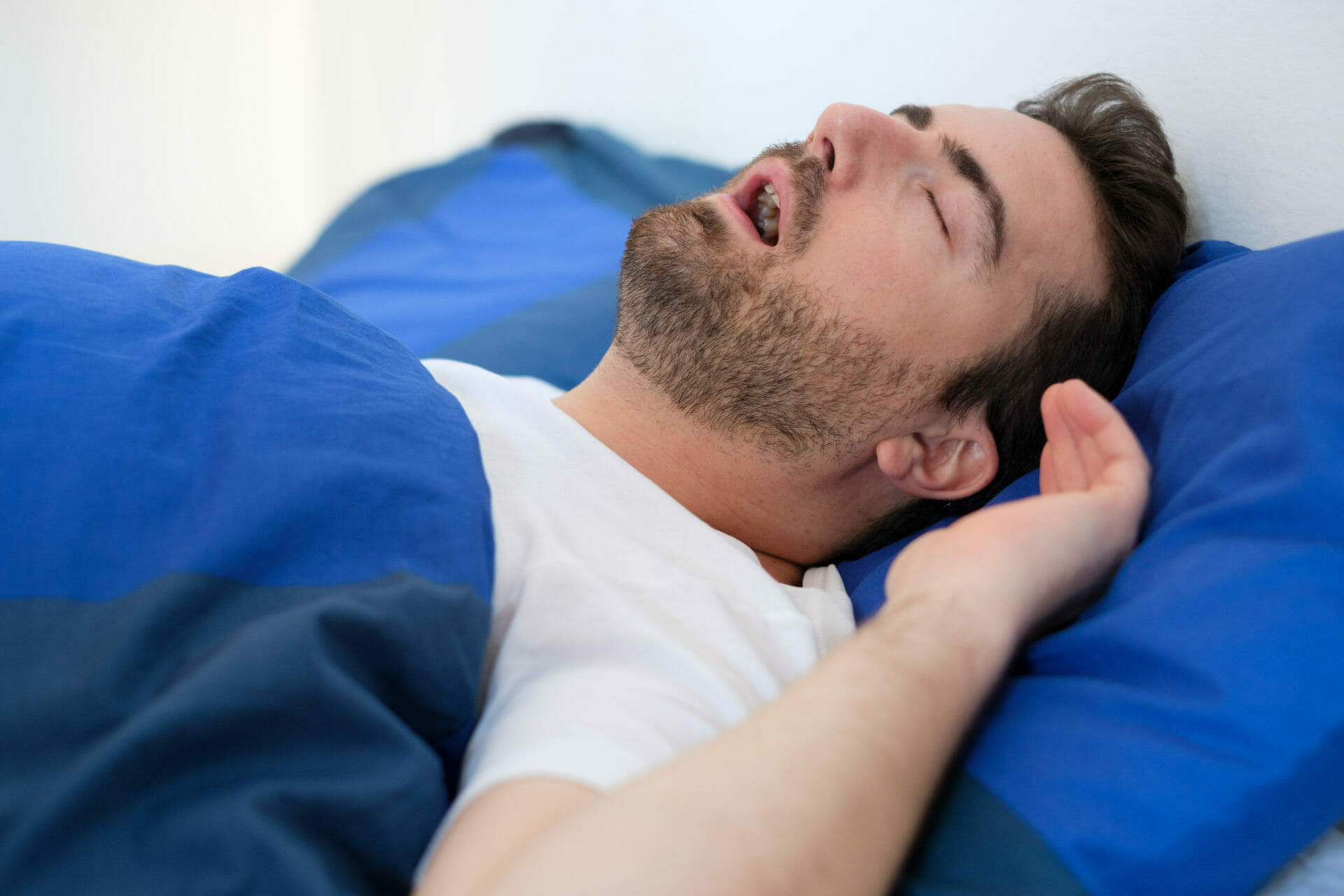 Sleep apnea is typically diagnosed via a sleep study known as a polysomnogram. This is a test which records physical activities when you sleep and could be carried out at home or at a specialised facility. Other tests which you might undergo include; an ECG, an EEG, an EMG, an EOG, a nasal airflow sensor, or a snore microphone.

Continuous positive airway pressure (CPAP) might be recommended. This requires you to wear a mask over the nose or mouth when sleeping. A machine linked to the mask will deliver an airflow to keep the airway open and ensure normal breathing. There are also some dental devices which can also help to keep the airway open.

For some cases - such as when an individual has a medical condition which narrows their throat - surgery might be required. Depending on the nature of the condition causing the problem, procedures can include; nasal surgery, uvulopalatopharyngoplasty, or mandibular maxillomandibular advancement surgery.

Do you have a question about sleep apnea, or would you like to know more about our sleep apnea treatment? Call Dr Amit Patel on 0208 341 3422.